A flying safari combining Northern and Southern Tanzania visiting some of the most well known Parks in Tanzania. Staying in high quality permanent tented camps throughout. 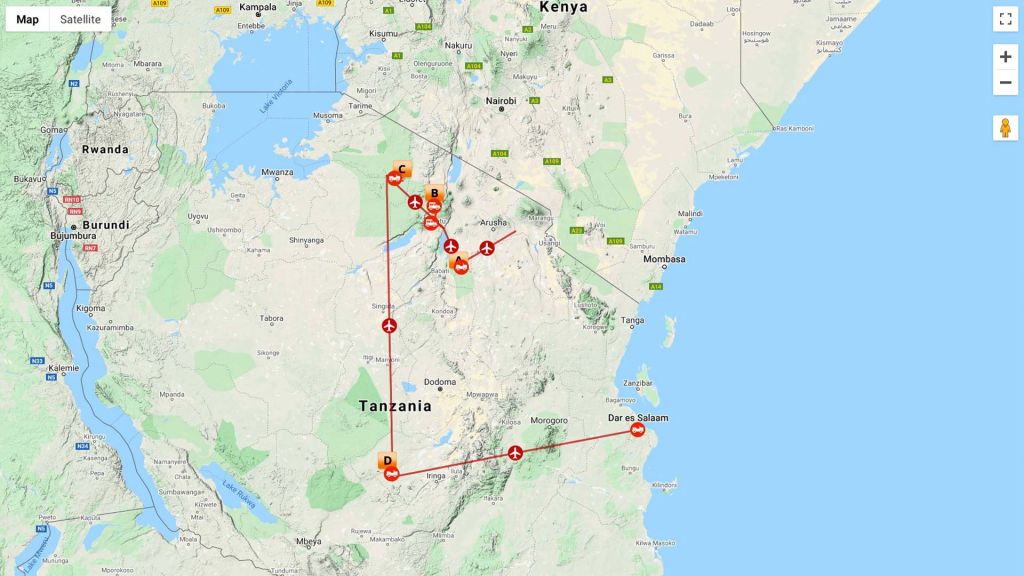 See Tanzania in style, staying at some of the country’s finest accommodation in four very different national parks, flying from point to point. Watch herds of elephant in Tarangire, game-drive in the dormant Ngorongoro Crater, visit an authentic Maasai village, search for cheetah in the Serengeti, and look for leopard in Ruaha. You will visit some of East Africa’s most famed national parks as well as lesser known gems, offering a rewarding and unique safari experience.

Discounts available for children under 19 and larger groups. Request a detailed quote.

All activities are shared with other guests unless specified as private:

Safari vehicles seat a maximum of 6 people per car, and may be open or closed vehicles.

If you have connecting flights and require an overnight or day room in Arusha, Dar es Salaam or Nairobi, we can arrange this at an additional cost.

On arrival at Kilimanjaro International Airport you will proceed to the Coastal Aviation desk for your light-aircraft flight to Tarangire National Park, just 20 minutes away (15kg luggage limit per person; soft bags required for all flights on this itinerary). Your guide from Oliver’s will meet you here and game-drive you back to camp, where you can settle in and enjoy some lunch. Relax during the heat of the day before afternoon tea is served, and then go out on an afternoon game drive to explore this varied and wildlife-rich park. The large elephant herds in the drier months are a real highlight here, but the wildlife and birdlife are excellent year-round.

Set off this morning on a guided walking safari, learning to look for signs of wildlife nearby, from bird calls to tracks in the earth. You can approach smaller creatures such as warthogs, small antelope species and birdlife, all of which are less skittish when approached on foot compared to a vehicle. Return to camp for lunch and a rest during the heat of the day. After tea and cake, head out on a late-afternoon game drive, stopping for sundowner drinks in a scenic spot. The adventure continues with a night game drive, seeking out nocturnal species such as mongoose and nightjars, as well as predators such as lions on the move. Return to camp for a late dinner.

Depart after a leisurely breakfast for the airstrip. From here, you will fly over Lake Manyara to the Manyara Airstrip. A guide from The Highlands will drive you through coffee plantations towards the Ngorongoro Crater, a journey of three hours to reach the property, enjoying a packed lunch on the way. Stop at the viewpoint overlooking the crater to soak in the spectacular landscape and continue your drive around the rim until you reach the Olmoti Crater, where you will stay for the next two nights. If you feel like stretching your legs, you can opt for a guided walk from the camp up to the rim of Olmoti Crater, passing through dense forest and waterfalls on the way.

After an early breakfast, depart with your guide for the Ngorongoro Crater, a drive of around an hour until you reach the descent road. Spend the morning game-driving on the crater floor in search of the varied wildlife that lives here. You’ll enjoy a picnic lunch during the heat of the day in a shady spot before driving back to The Highlands, where you can relax a little. In the late afternoon, a guide will take you to one of the nearby Maasai villages, where you can learn more about this rich culture and take part in their afternoon activities, which often include rounding up cattle into the boma for the night.

Depart by road for the Manyara Airstrip, three hours away, where you will catch a flight to the central Serengeti, just 45 minutes away. A guide from Namiri Plains will meet you at the airstrip and game-drive you back to camp, stopping at any wildlife sightings along the way. Settle into your tent before going on an afternoon game drive. The Serengeti is impressive in terms of both the diversity and density of wildlife found here, so there is plenty to discover each day. Return to camp in the early evening for drinks around the campfire and dinner.

Enjoy morning and afternoon game drives from Namiri Plains, accompanied by expert guides who know the grassy plains, kopjes and acacia woodland like the back of their hands. Search for some of the resident cats but don’t forget the other species too, from giraffe and hippo to wildebeest and buffalo, as well as plentiful birdlife. You will return to camp during the heat of the day to relax by the pool or have a massage to revive you for the afternoon’s activities.

After breakfast, you will be driven to the airstrip for your morning flight south to Ruaha National Park, a flight of approximately two hours. A guide from Jabali Ridge will meet you and game-drive you through this very different park, arriving at the camp for lunch. Settle in here and enjoy views overlooking the baobab forest, and a refreshing swim in the infinity pool, before going on an afternoon game drive, exploring the sandy riverbeds looking for elephants as they dig for water or leopards hiding in the rocky kopjes.

Enjoy a morning walking safari today to experience the flora and fauna from a different perspective, taking in the sounds of bird calls, looking for tracks and signs in the earth, and encountering smaller creatures, which often run away at the sound of a vehicle. Return to the camp to rest and relax, enjoying lunch and some pool time before an afternoon game drive to explore further afield. Ruaha’s varied terrain is home to a wide variety of wildlife including large herds of buffalo, hippo, more unusual antelope species such as sable and lesser kudu, and – if you are really lucky – wild dog, which roam huge distances each day in search of their next meal, making sightings impossible to predict.

You’ll have a final breakfast at Jabali Ridge before a drive to the airstrip for your late-morning flight to Dar es Salaam. The flight will likely stop a couple of times on the way to drop off/pick up passengers, and the total journey will be approximately two hours. You will land at the domestic terminal and the airline will help you transfer the short distance to the international terminal, where you can check in for your international flight home.
END OF SAFARI 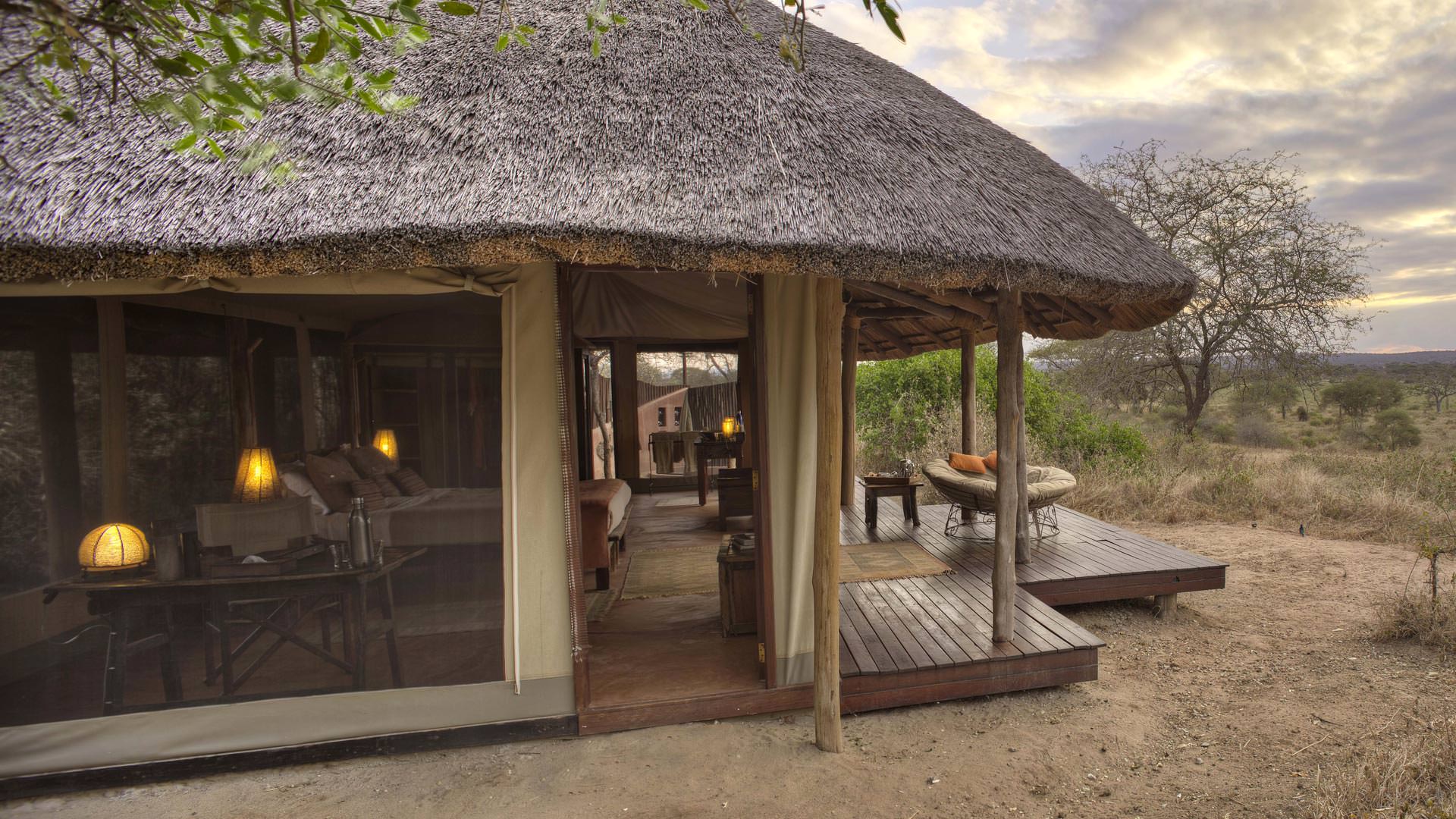 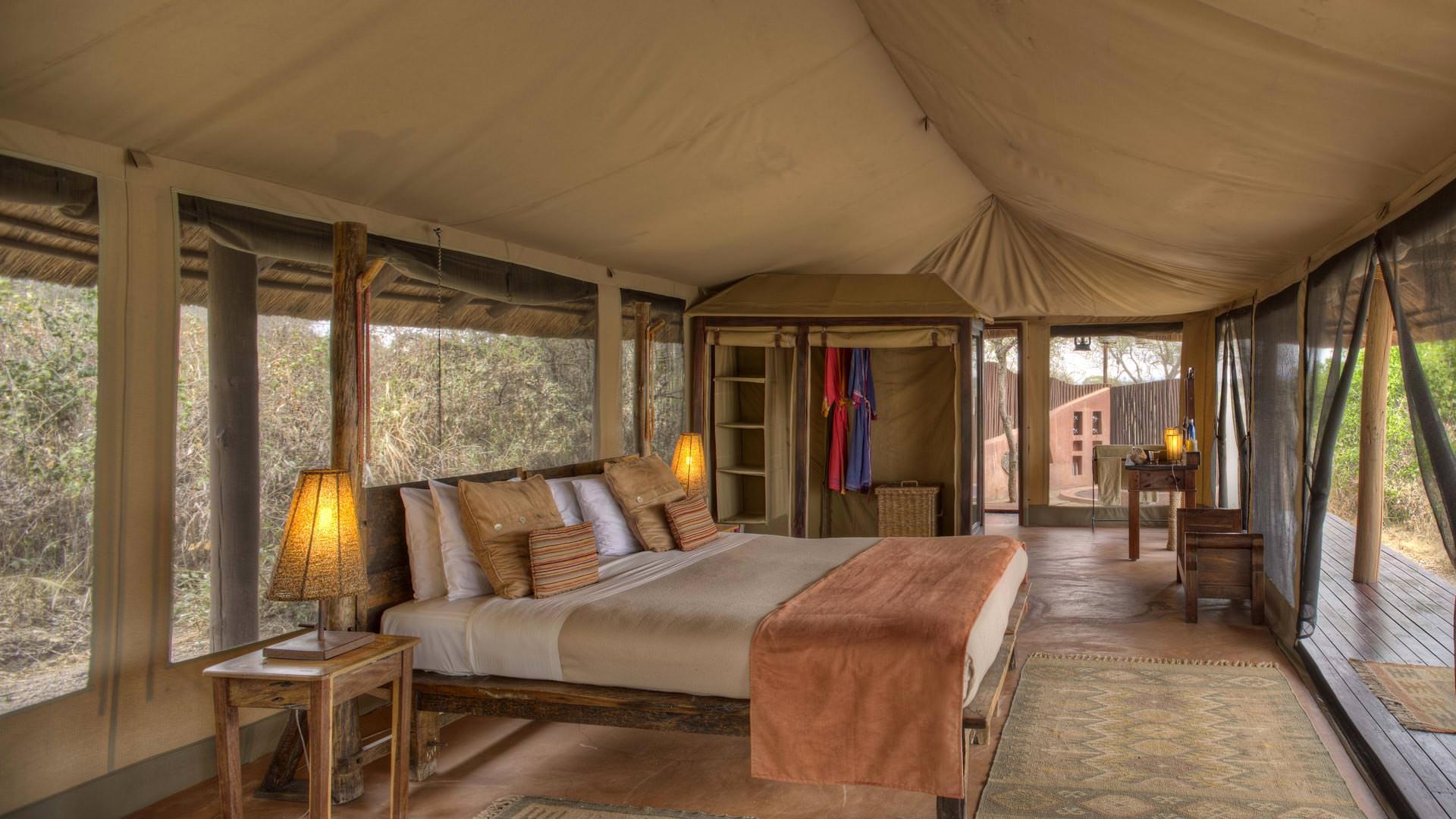 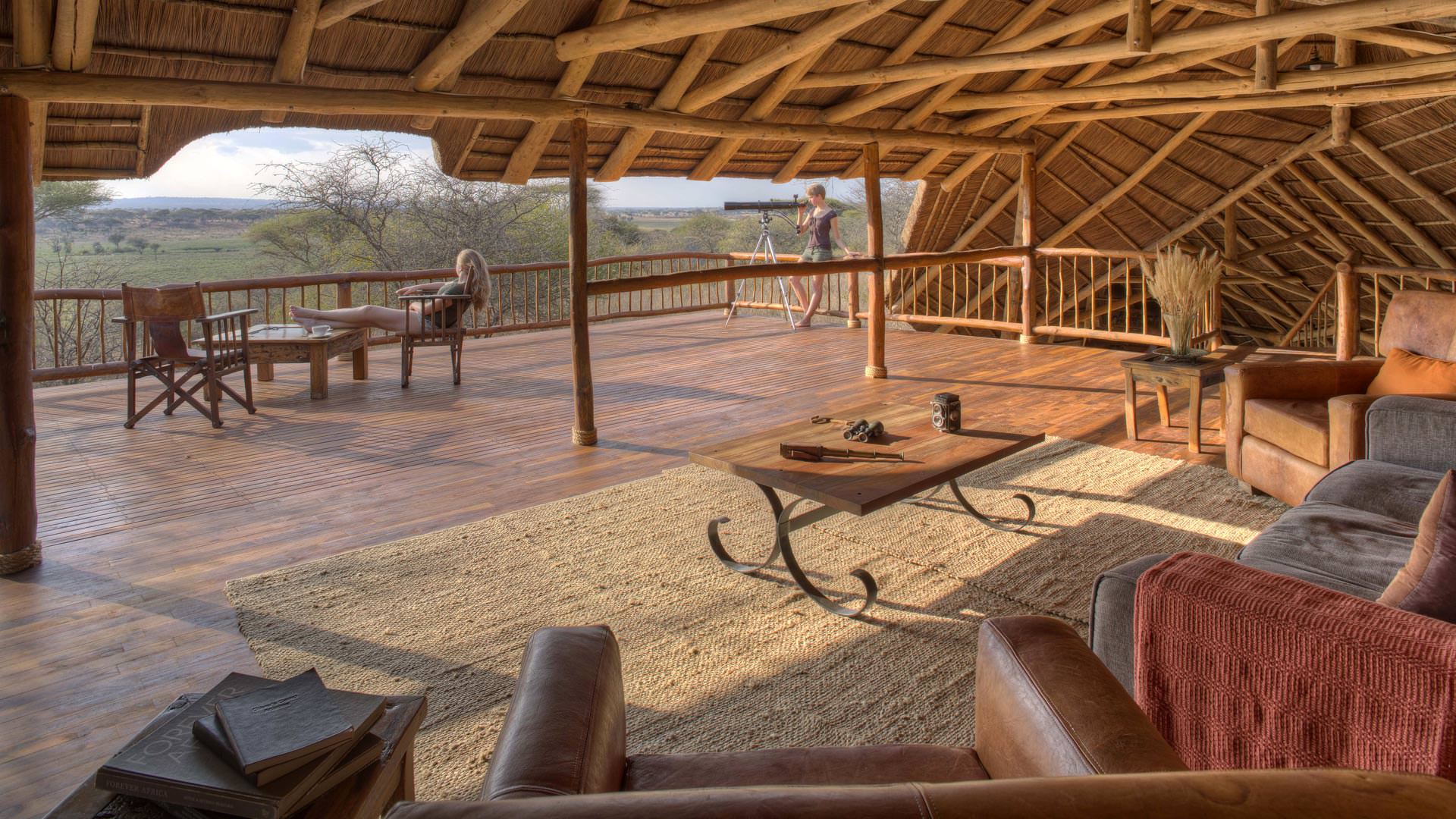 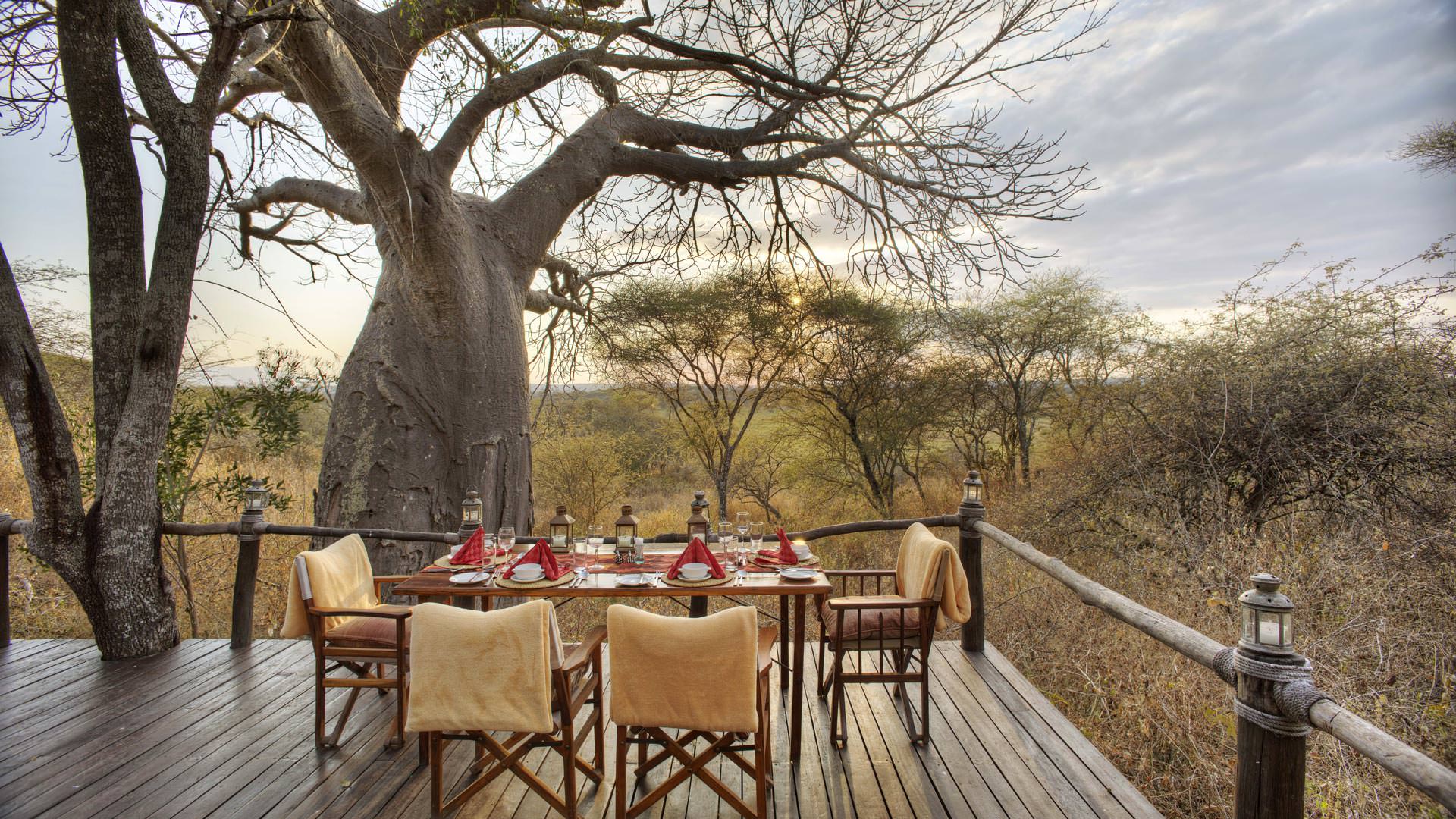 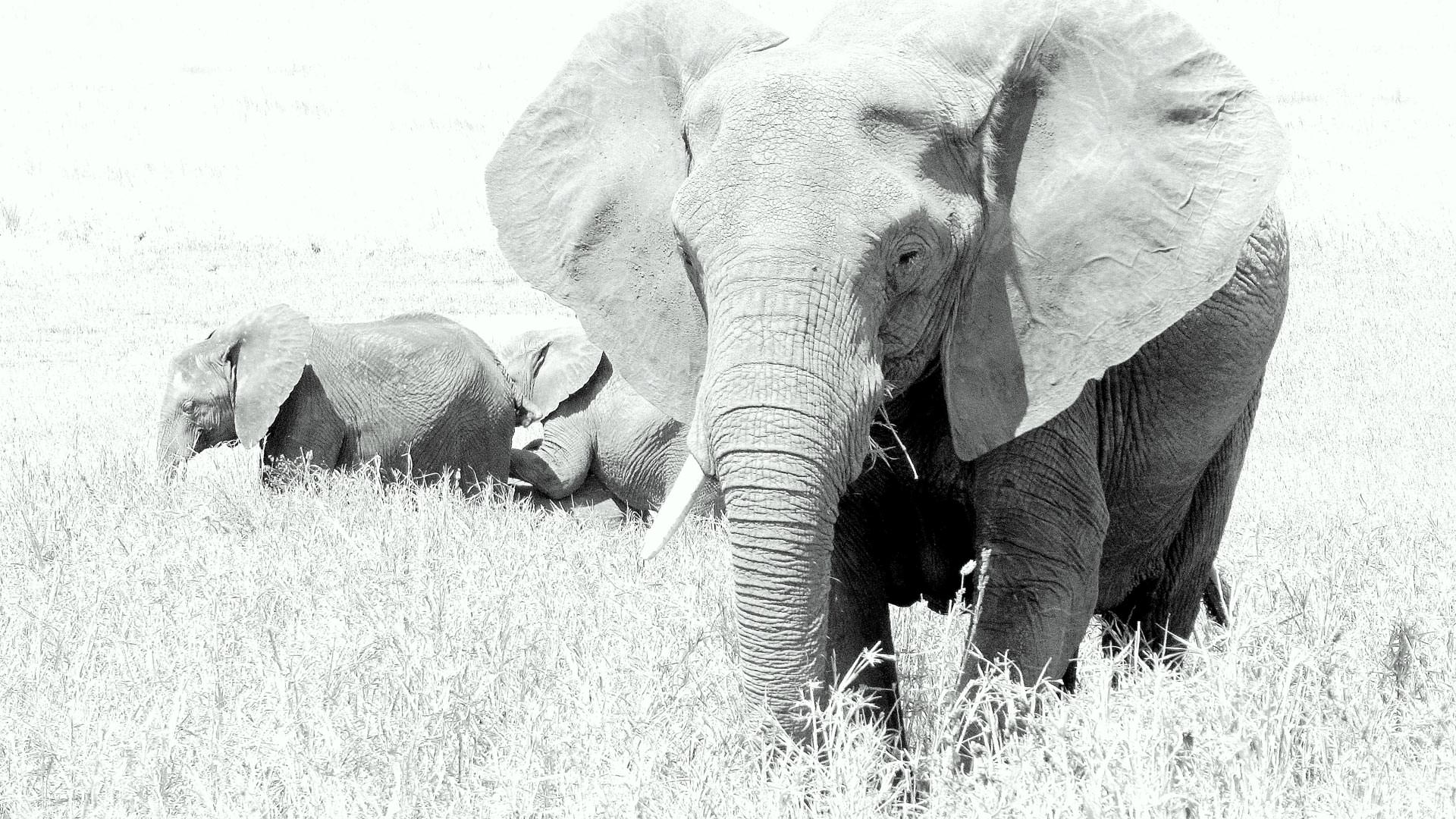 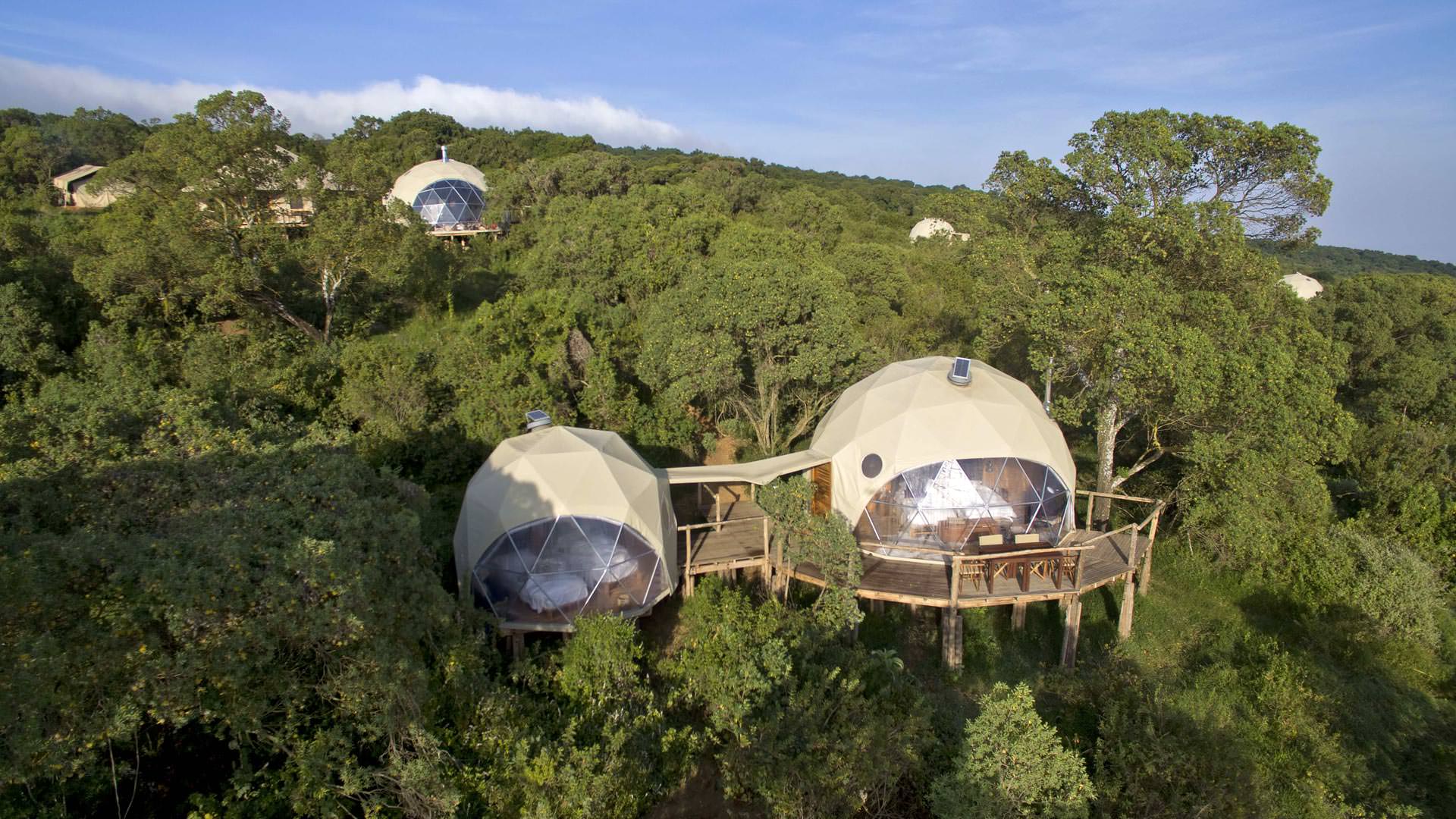 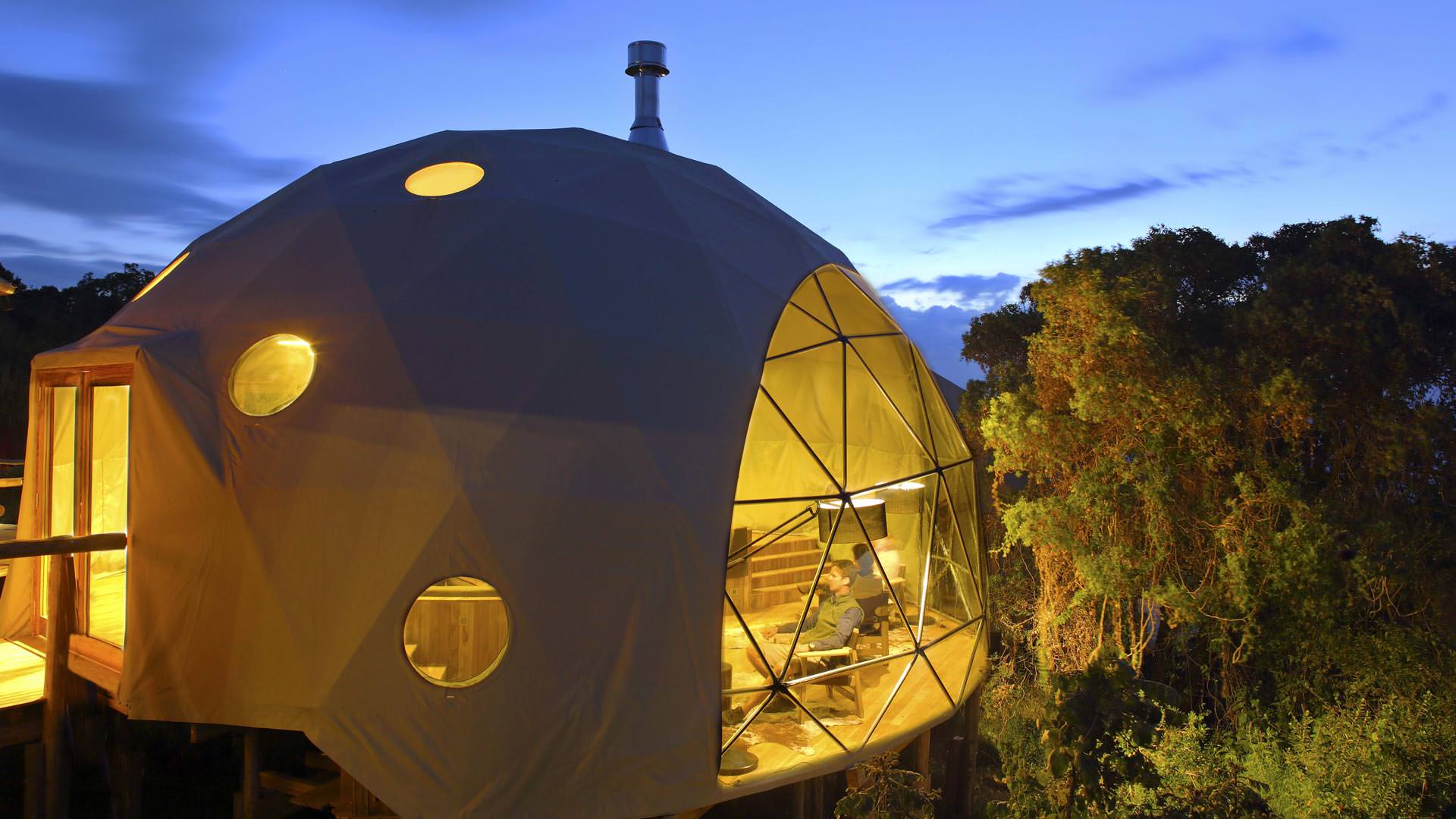 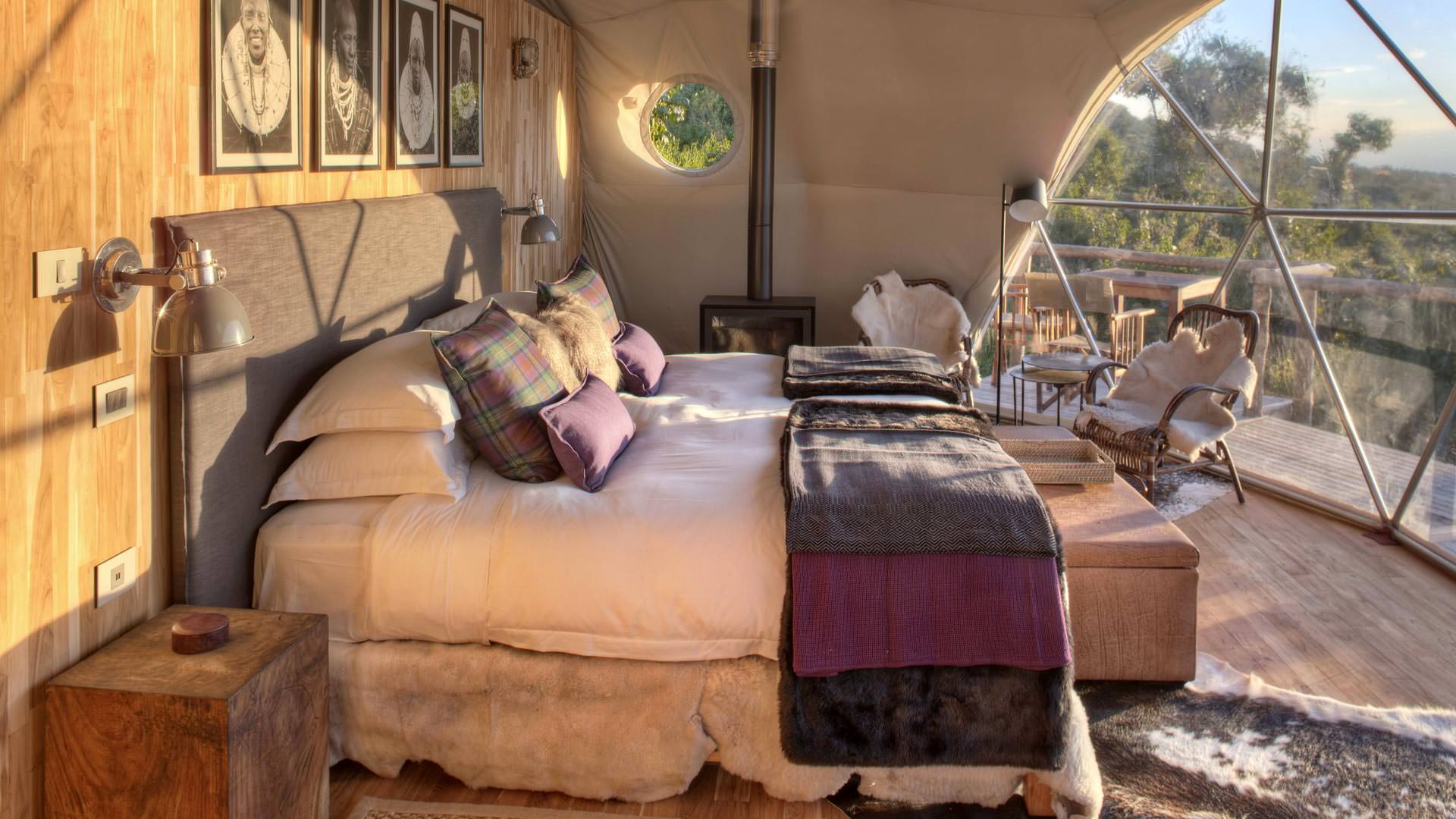 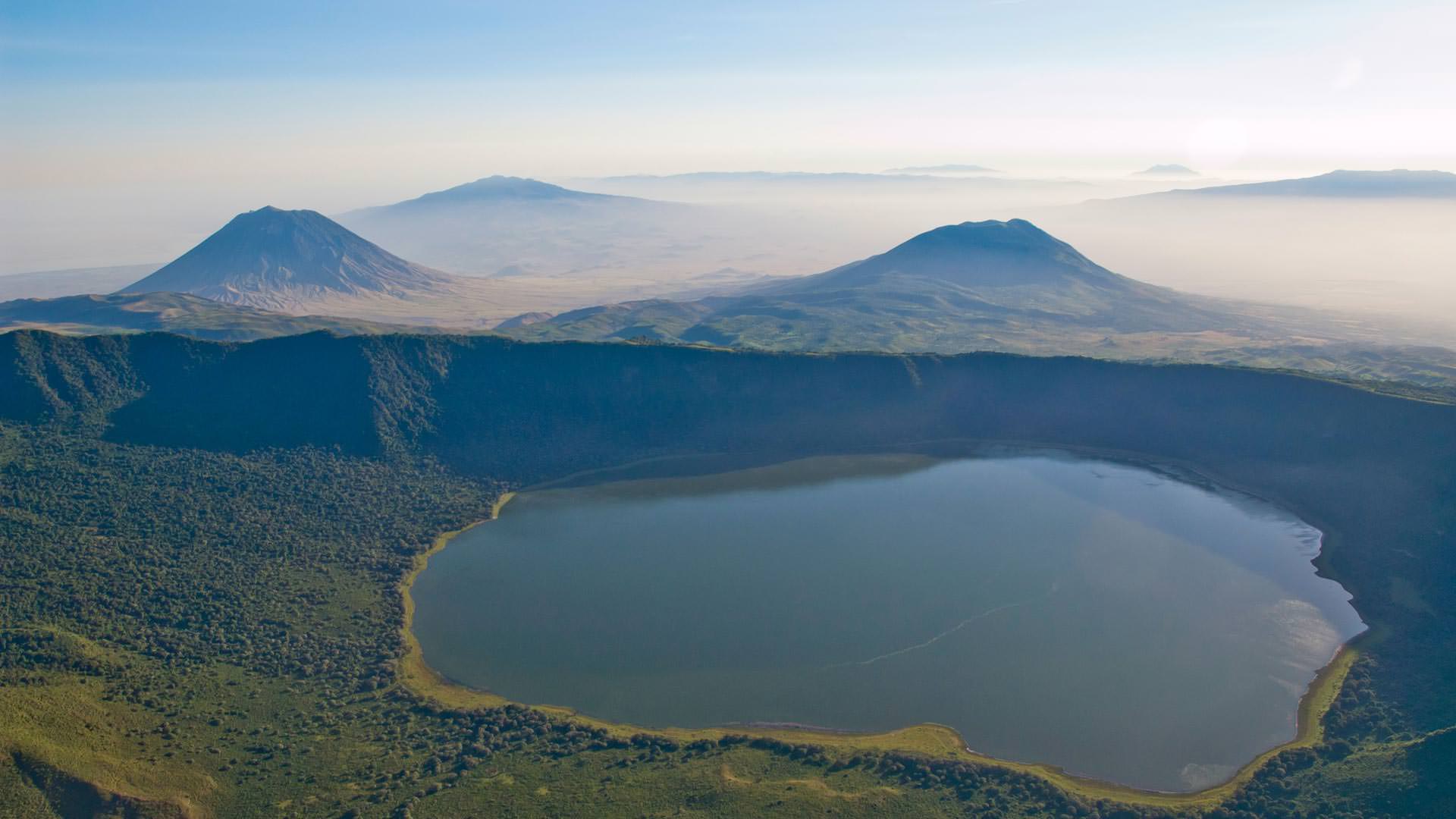 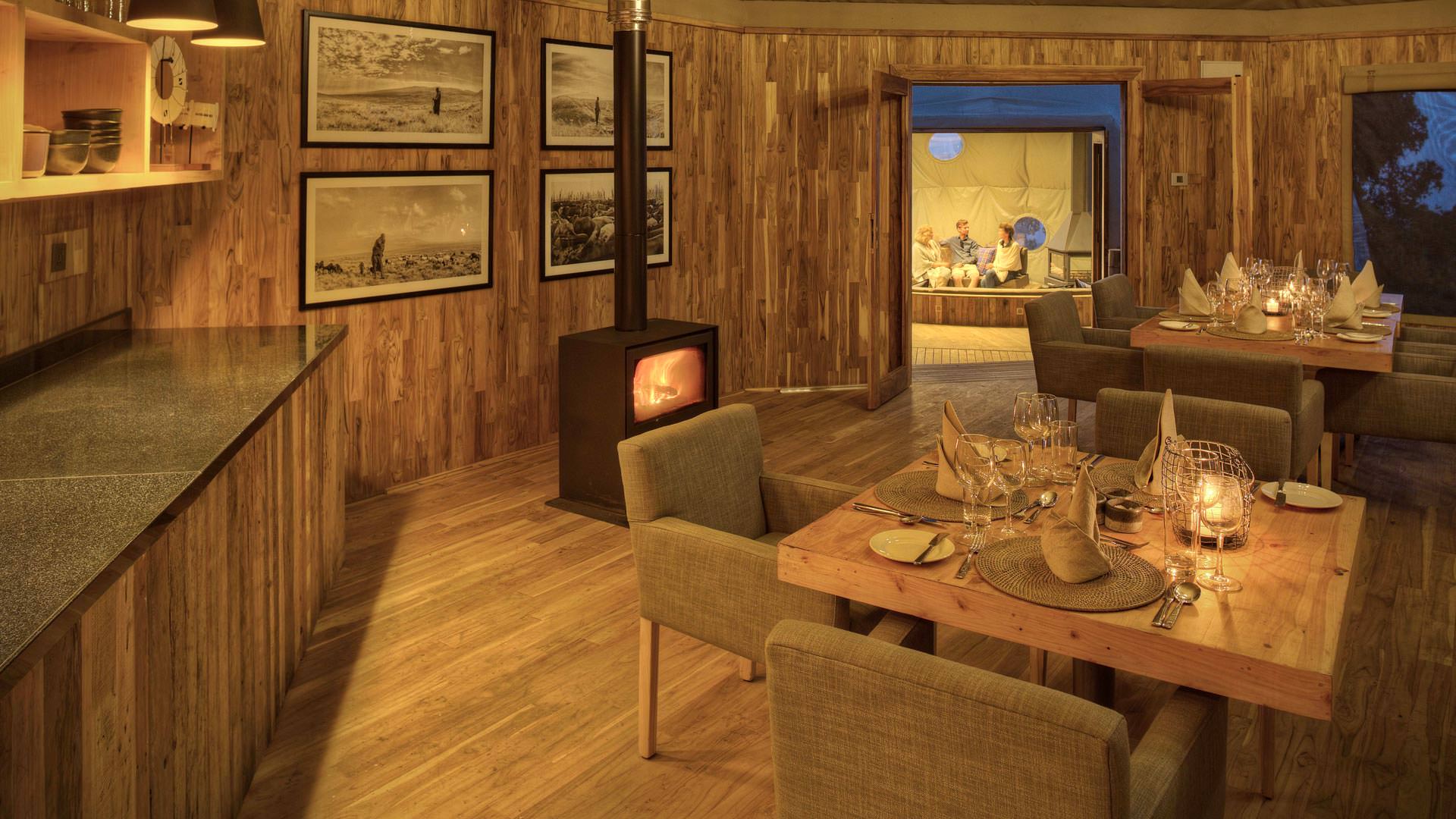 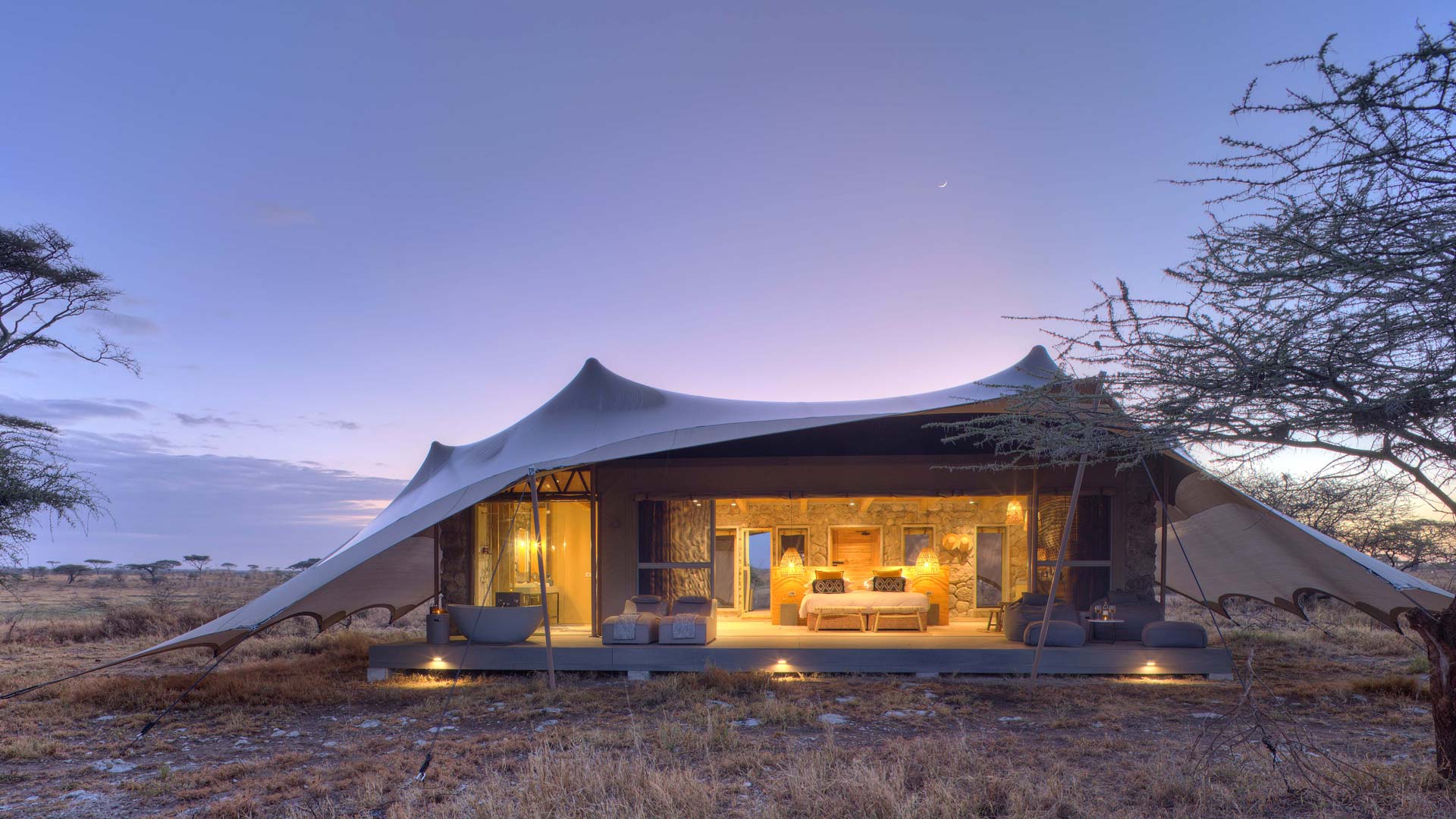 Travel within 6 weeks of booking and get up to 25% off the accommodation rate (subject to availability).

If you have stayed in an Asilia camp in the past, you qualify for a 5% repeat guest discount.

Value adds – all new bookings traveling in the Low and Green Season to March 31, 2023: