On the banks of the Ewaso Nyiro River in central Kenya’s Laikipia region lies the atmospheric Ol Pejeta Bush Camp. Ol Pejeta offers an exceptional base from which to explore the secrets of this renowned conservancy – from the pioneering conservation projects that have made it famous to spectacular sightings of black and white rhino, the Big 5 and the world’s last two remaining northern white rhino.

A former cattle ranch, the 400 sq. km Ol Pejeta Conservancy is a splendid example of sustainable and quantifiable conservation benefitting both local communities and wildlife. The conservancy prides itself on the safeguarding of vulnerable species and is the largest black rhino sanctuary in East Africa. Over 100 critically endangered black rhino live on the land, alongside 26 Southern white rhino and the last 3 remaining Northern white rhino in the world. The Big 5 can all be found in the area, alongside some of the rare Northern species of Grevy’s zebra, Beisa oryx and Jackson’s hartebeest.

Game drives and night game drives, guided bush walks (must be pre- booked), sundowners and bush breakfasts are all available from camp. Additional Ol Pejeta Conservancy activities include: Private visits to the Northern white rhinos, visits to the endangered species enclosure, lion tracking and feeding time at the Sweetwaters Chimpanzee Sanctuary (each of these additional activities carries an additional charge). 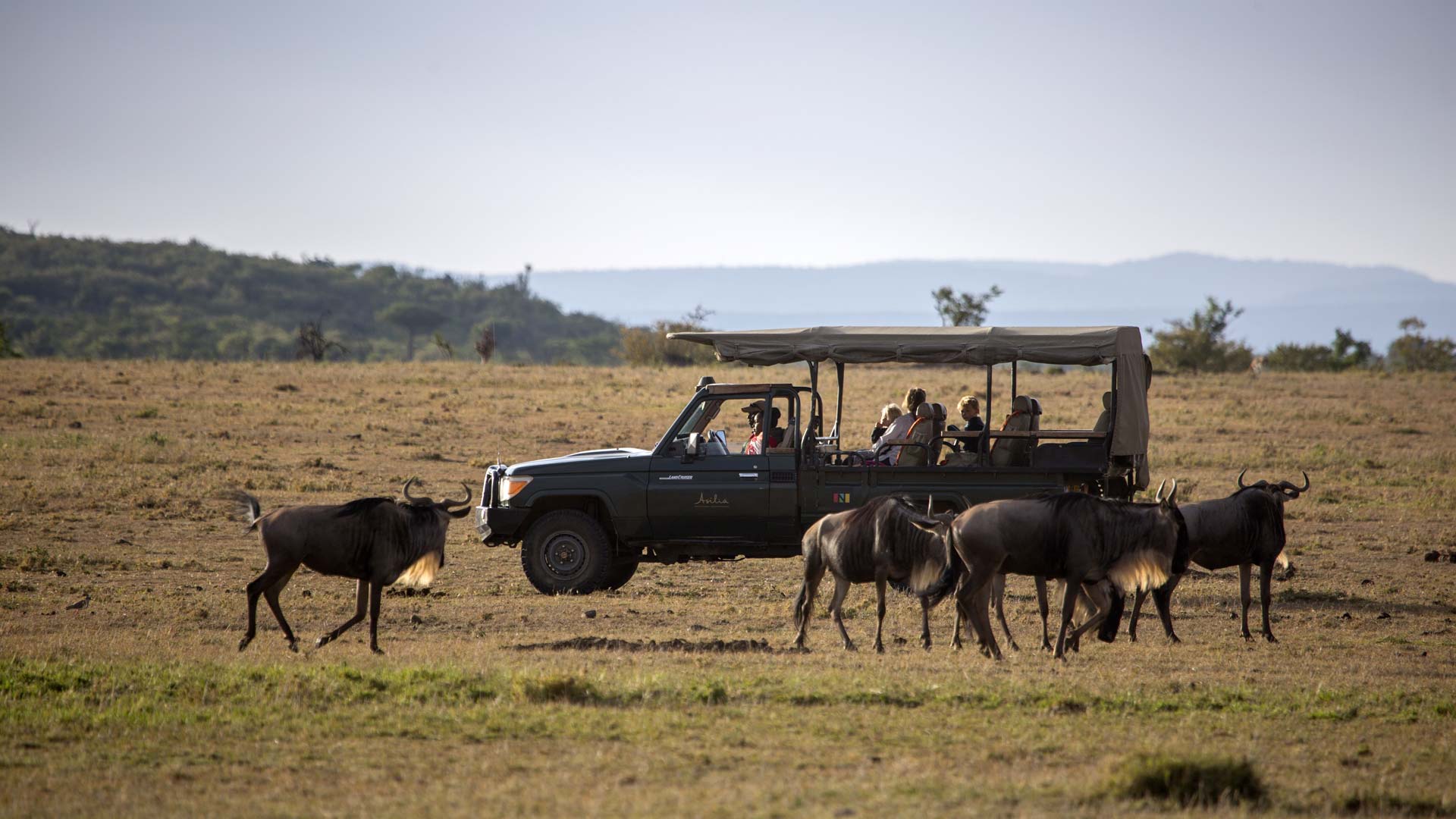