Namibia – a destination with a lot to offer

Namibia has something for every budget, from self-drive, to deluxe privately guided flying safaris. All set in areas with spectacular scenery. If you have already been to East Africa, Namibia provides a real contrast while still offering a true African Safari experience.

Namibia has a population of just 2.5 million and is almost the same size as Tanzania. Tanzania of course, is famous for its excellent wildlife and parks. But has a rapidly expanding population of 58 million (up from 14 million in 1970!) and space is shrinking. That’s a huge population difference! Granted – most of Namibia is desert, but there’s something special about all that space! 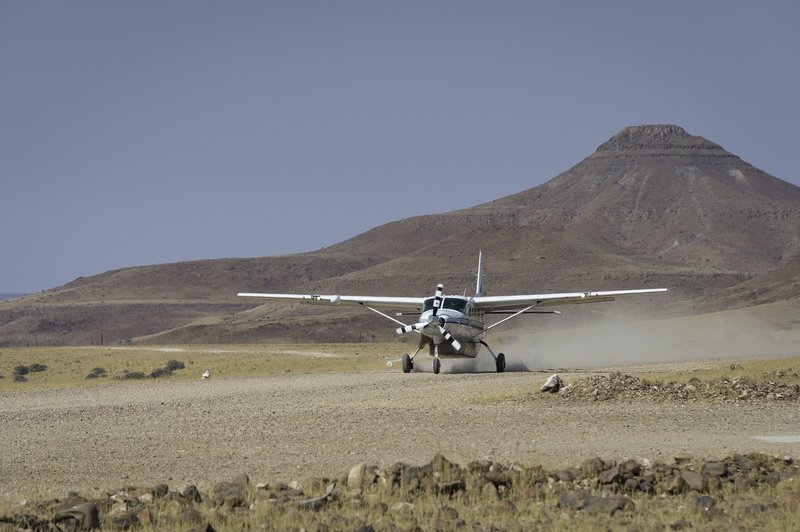 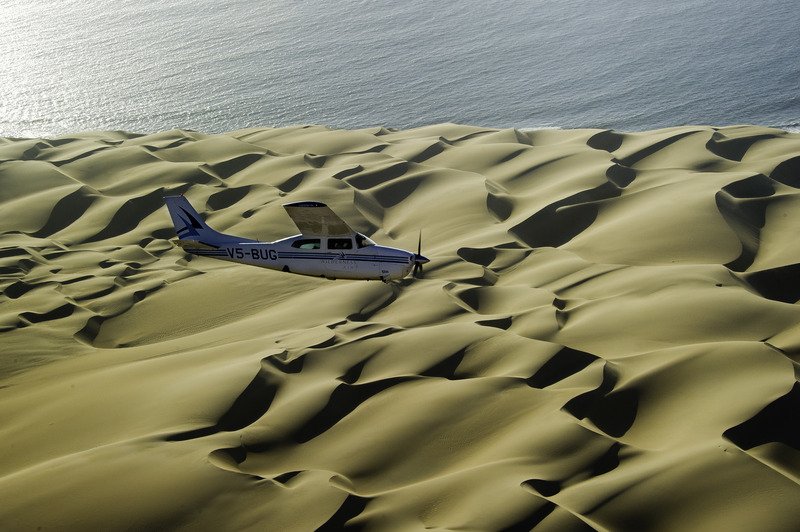 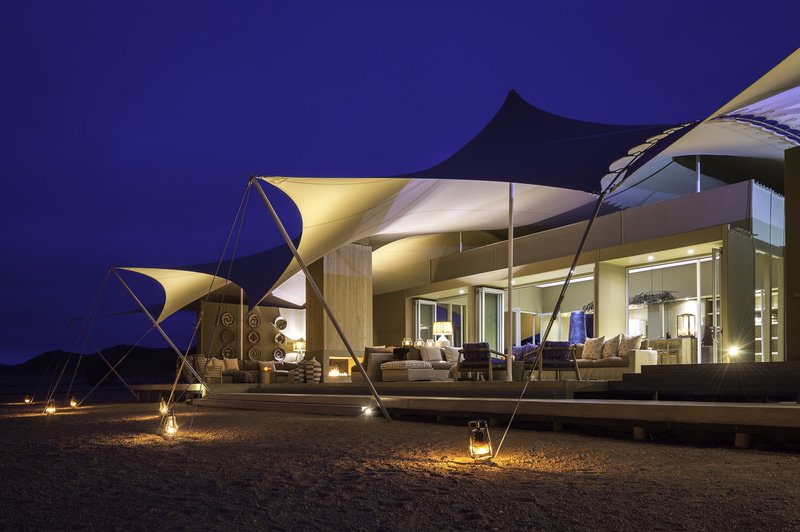 My first trip to Namibia was a drive South from Tanzania, passing through Zambia and a small section of Zimbabwe at Victoria Falls. We entered Namibia through the Caprivi Strip. Caprivi a narrow corridor of land separating Botswana and Angola which is very different from what we saw elsewhere.

I was stunned by the excellent quality of the dirt roads in Namibia. We made our way to Etosha National Park for some sightseeing and later on to Windhoek.

The towns were orderly and well kept, the farms neatly fenced – so different from the North. From Windhoek, we headed west though the hill country and down to Solitaire. Here we spent a night camping under trees that seemed to be nothing but one giant bird’s nest the size of the Land Rover. Solitaire was just that – solitary and windswept – just a single building selling food and fuel and a friendly shopkeeper happy to see a new face. 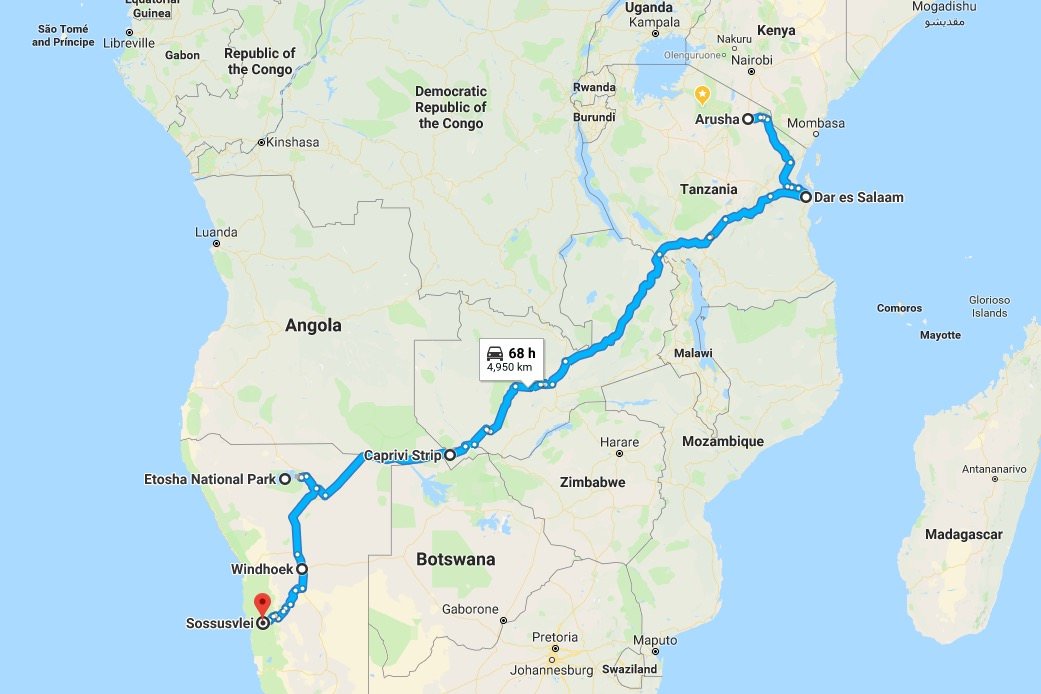 From Solitaire, we continued to the monstrous red dunes of Sossusvlei, rising above a parched flood pan with gnarled camel-thorn acacias. At the time, it was possible to drive further into the dunes from where the road was supposed to end – so why not? We continued and parked “somewhere”, walked about and climbed the dunes to see the sights of endless desert. Later as we returned, we took a shortcut through the dunes to where we through the Land Rover was parked.

When we were in the middle of nowhere, we realized we had lost the track and didn’t know exactly where we had come from nor where we were going. The dried out mummified Oryx we met was no help. Gut instinct and tangs of panic took over. Half an hour later, we were fortunately back on a path and eventually found the car! That experience taught me a good lesson about do-it-yourself desert tours! 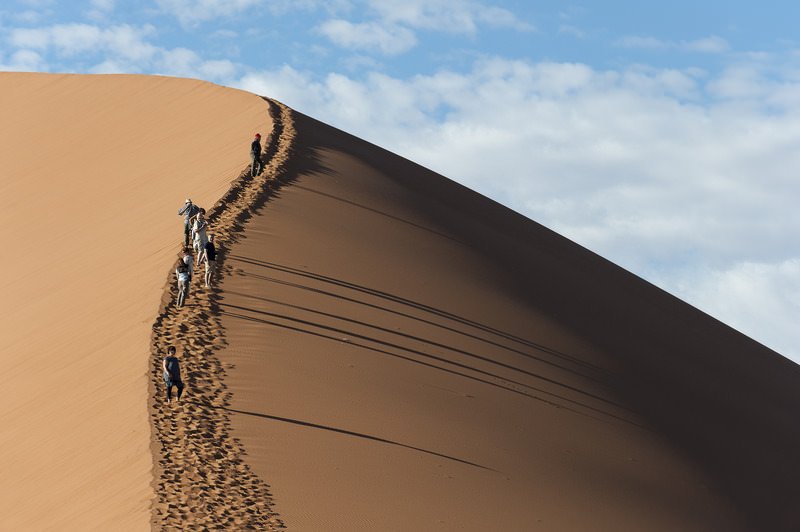 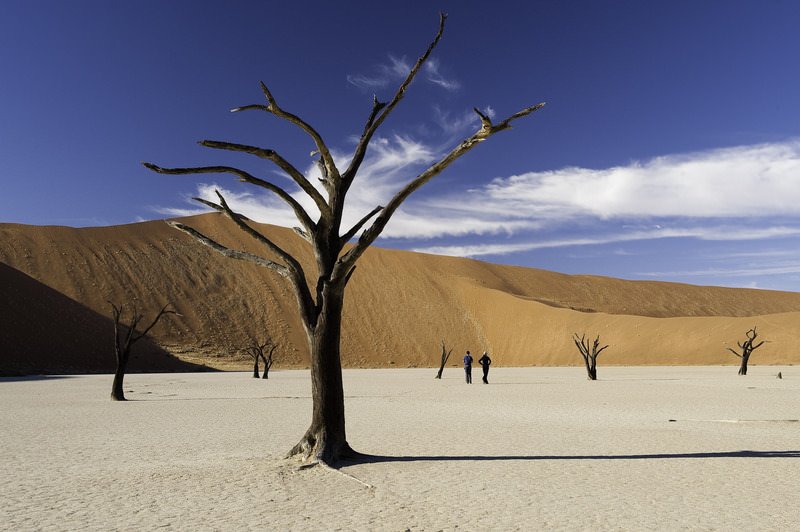 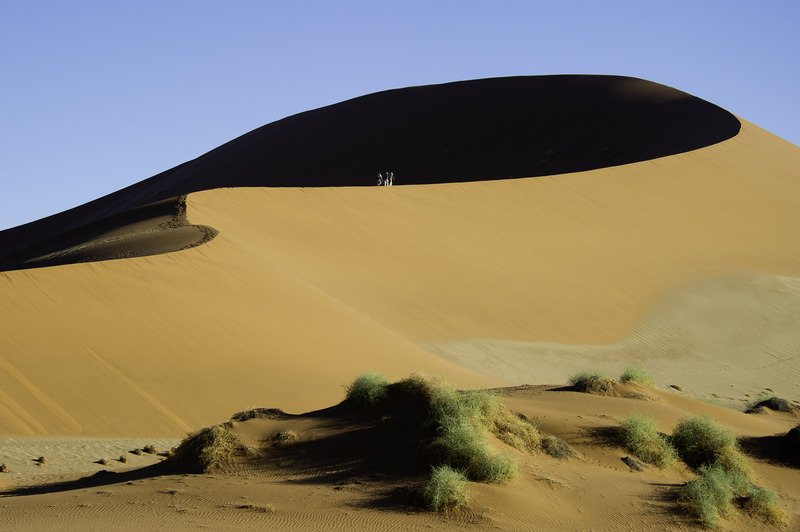 Some of the most interesting trips on offer are desert tours – run by experienced, self contained expedition-type guides. They combine dune bashing with tours up the abandoned skeleton coast. Remote and wild and a true adventure! But Namibia has much more to offer. There are vast colonies of seals, desert elephants, bushmen, the Kalahari and all the many guest farms scattered through the country.

If you want to see as much as possible in a short time, there are flying circuits with varying accommodation rates that offer both good value and deluxe. If you have more time and want to get behind the wheel yourself, the way to go is a self-drive safari. These are usually pre-planned but with you in control of the pace. Accommodation choices are surprisingly good and and can be inexpensive. Ands its safe! 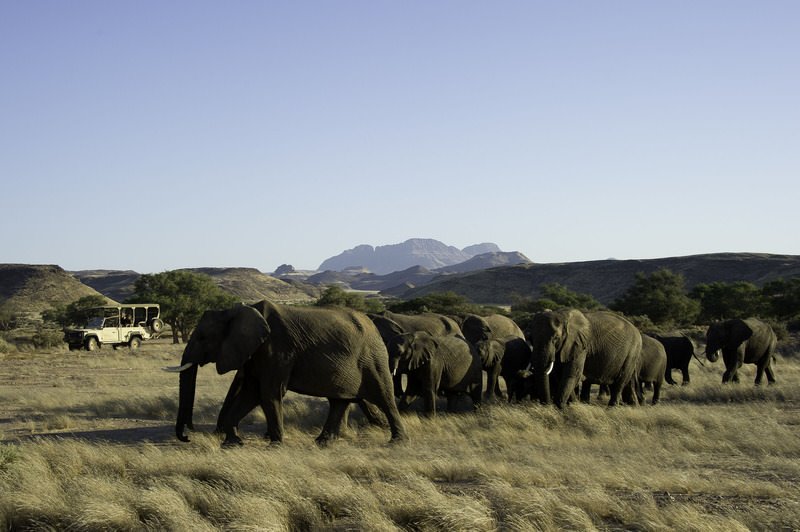 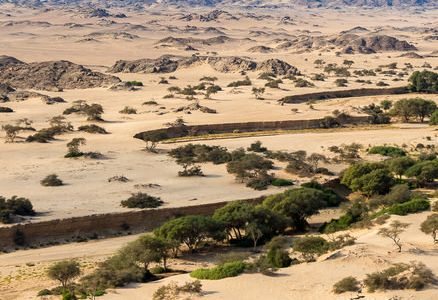 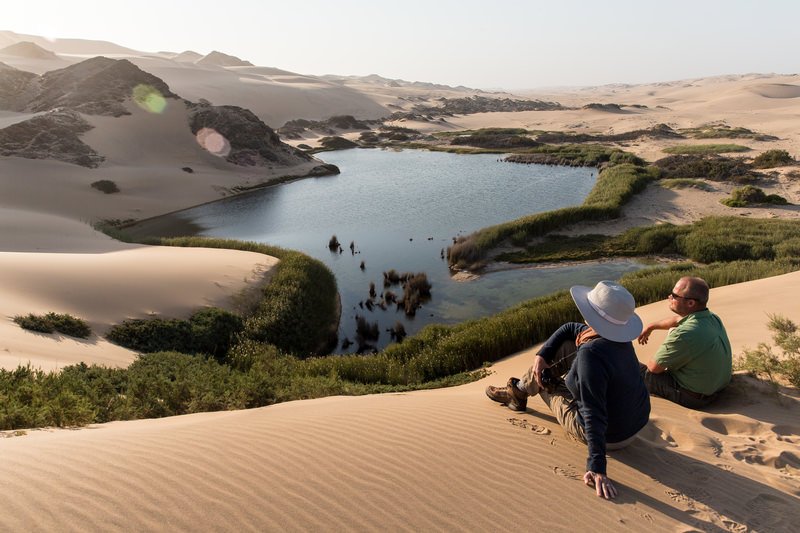 If you don’t want to worry about schedules, Namibia has something hard to find elsewhere. They offer privately guided flying safaris where you head off with your own pilot / guide and small aircraft to wherever there is an airstrip and the plane stays with you. That gives you a huge amount of flexibility and is also surprisingly good value.

If you are interested in more information on any of these options, drop me a line and I will be more than happy to kick around some ideas and put together a trip for you.

A high quality, 10 day flying and driving safari with group departures visiting Sossusvlei, Swakopmund, Skeleton Coast National Park and the Palmwag Concession. Download the itinerary here with departures between May and November. These are the set departure dates.

For those wanting to stay at ground level and interested in joining a group departure, I can offer  a 10 day trip visiting Sossusvlei, Swakopmund, Damaraland and Etosha. Download the itinerary here with regular departures throughout the year. These are the set departure dates.