Lose yourself in rolling savannahs for the safari of a lifetime. Songa Tented Camp invites you on a soulful, immersive adventure, blending exhilarating proximity to nature with carefully considered creature comforts.

Vast herds of wildebeest pass just outside your tent, following a migratory path worn over millennia. Far-ranging herds of wildebeest make the iconic Great Migration travelling a never-ending circuit from the southern Serengeti in Tanzania, and up to the northwest to the mighty Mara River, and back again.

Primely positioned in the hilly outcrops of Kogatende in the northern Serengeti, Songa Tented Camp lies in wait as thousands upon thousands of wildebeest migrate north before the imminent drama of the Mara River crossings which typically occur between July and October.

The camp has 8 en-suite tents and 1 family tent (with 2 en-suite rooms and a shared lounge). Pitched in 2 parts, whereby one section has 6 tents and the other 2 tents plus the family tent. Each section faces a different direction and is self-contained with its own lounge and dining facility to ensure maximum privacy. The separate sections of each camp operate independently, sharing a back of house allowing for each half to operate on a ‘Private Exclusive Basis’.

NORTHERN SERENGETI: Songa Tented Camp is accessed via Kogatende airstrip on the southern side of the Mara River.

Songa’s sister camp (Nyasi) is a seasonal camp that moves between Northern and Southern  Serengeti, following the movement of the Wildebeest migration. Together, these combine perfectly with Mwiba Lodge, Chem Chem Lodge, Little Chem Chem and Legendary Lodge in Arusha. 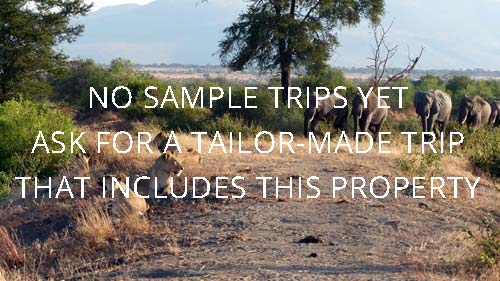