A true wilderness next to Serengeti Park

Maswa is an extraordinarily beautiful area. There are wide open plains along the Southern edge of the Serengeti. Rolling hills covered in thickets and rock kopjes are interspersed with seasonally dry rivers containing permanent water holes. Maswa has plenty and varied wildlife including big game with a high density of lion and leopard.

Originally a hunting concession, the reserve has now been converted into a multi-use area. The safari operator in this area has since the 1980’s, done an exceptional job keeping poachers away and animal numbers have increased dramatically. Maswa is one of the most important buffer zones separating villages to the West from Serengeti National Park.

The trophy hunting business is complex and expensive for those few who seek the luxury of hunting. In recent years, there has been a push away from hunting towards non-hunting tourism in viable areas. Maswa Game Reserve is a superb destination and there is every sign non-hunters are going to win the battle. 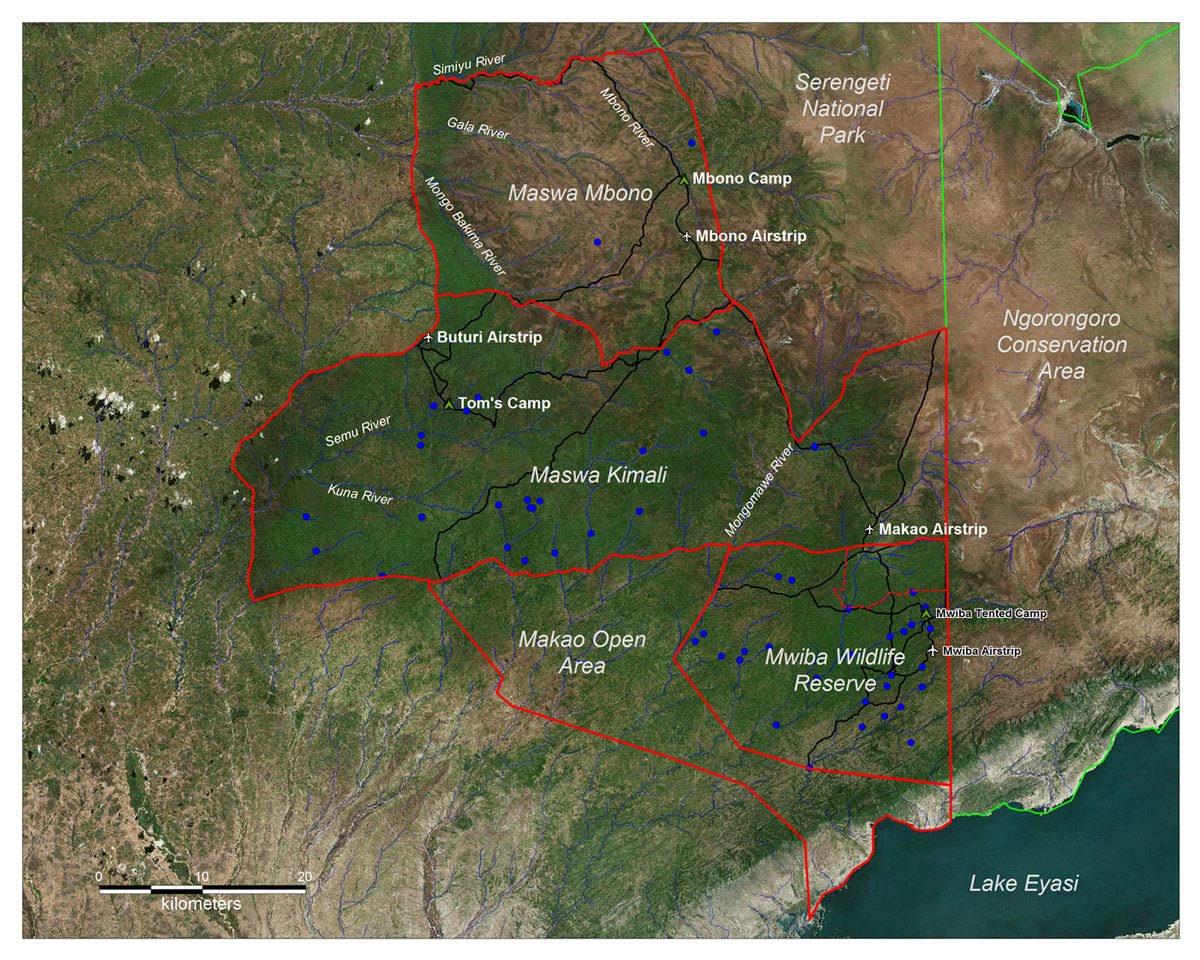 Maswa Game Reserve has some top quality tented camps. Visitors can access thousands of square kilometers of bush, almost entirely to themselves. Here you can go on a game drive, walk in the bush with a professional guide, head out on night drives and do almost any other bush-related activity you can think of. This is very different from the neighboring parks which have more restrictions. A visit to Maswa should ideally be combined with a stay in Serengeti and Ngorongoro or some of Tanzania’s other spectacular parks like Tarangire, further south. Maswa Game Reserve is divided into several concessions controlled by Tanzania’s Wildlife Department. Being a Game Reserve, human settlement and domestic animals are not permitted.

The varied landscape and proximity to the Serengeti National Park make this a premier destination satisfying everyone’s sense of adventure.

Subeti Tented Camp is nestled on a scenic ridge high above the surrounding plains of acacia woodland, ideally located in the southern part of the reserve with easy access to other prime wildlife areas.

Legendary Serengeti  Camp is situated in the North of Maswa Kimali Game Reserve during December to April, with convenient access to the Ndutu plains for wildebeest calving season.

Easy access to the cultural interaction of Mwiba, at the heart of where the Great Migration brings the wildebeest for calving season, and within reach of the Ngorongoro Crater Conservation area.

Transitioning from the infinite expanse of short grass plains to whistling thorn scrub and then classic acacia savannas, each habitat displays its own characteristic beauty.

Mbono Tented Camp lies deep in the shade of the acacia forest lining the banks of the Mbono River. The camp is near where the river leaves the Serengeti National Park meandering southwest to its confluence with the Simiyu River.

The imposing presence of nature makes Mbono a special place where game drives and bush walks will always provide wildlife encounters. Evidence of ancient tribal cultures can be seen with a visit to the Twa rock paintings nearby that are unique to this area. 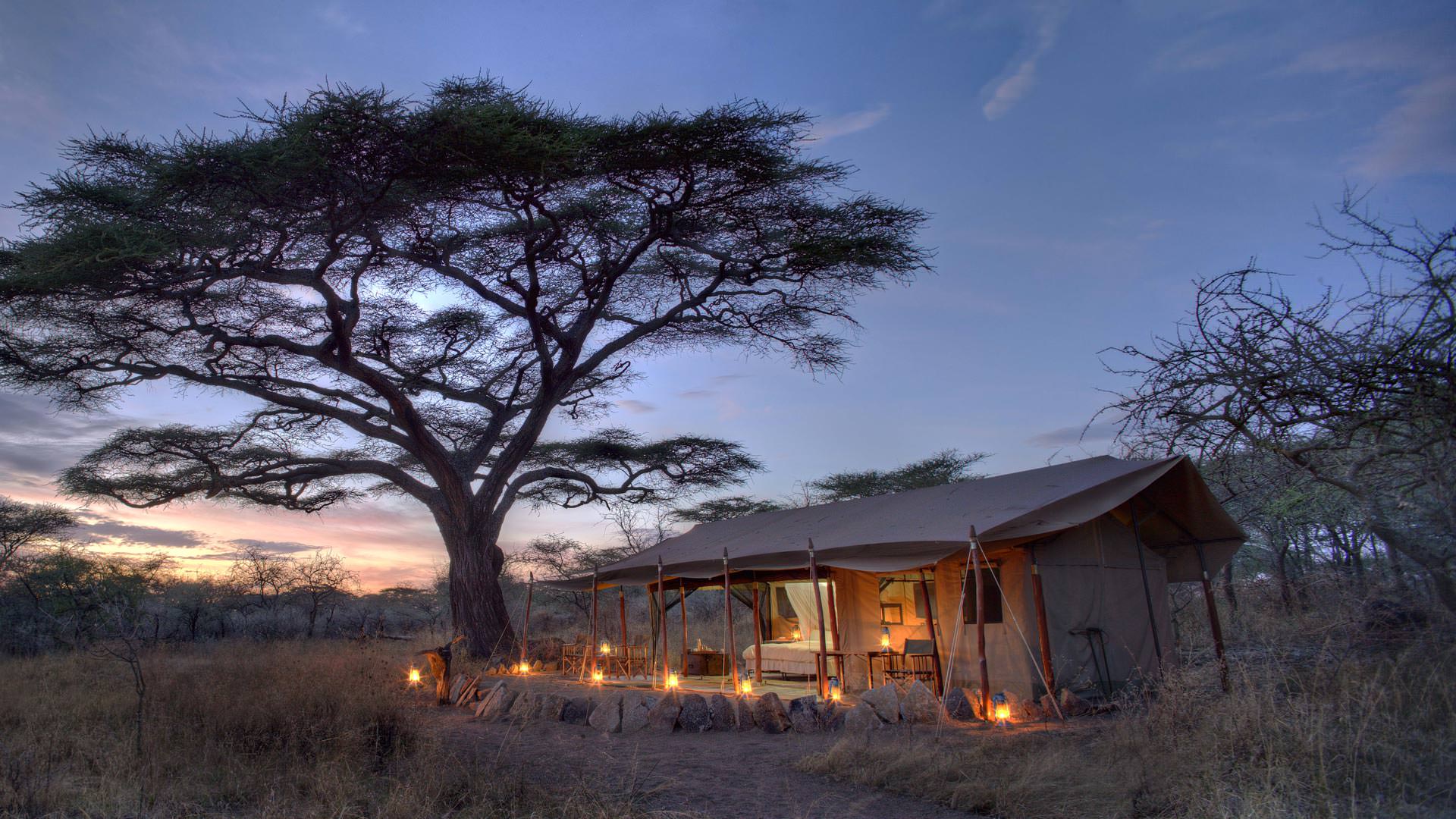 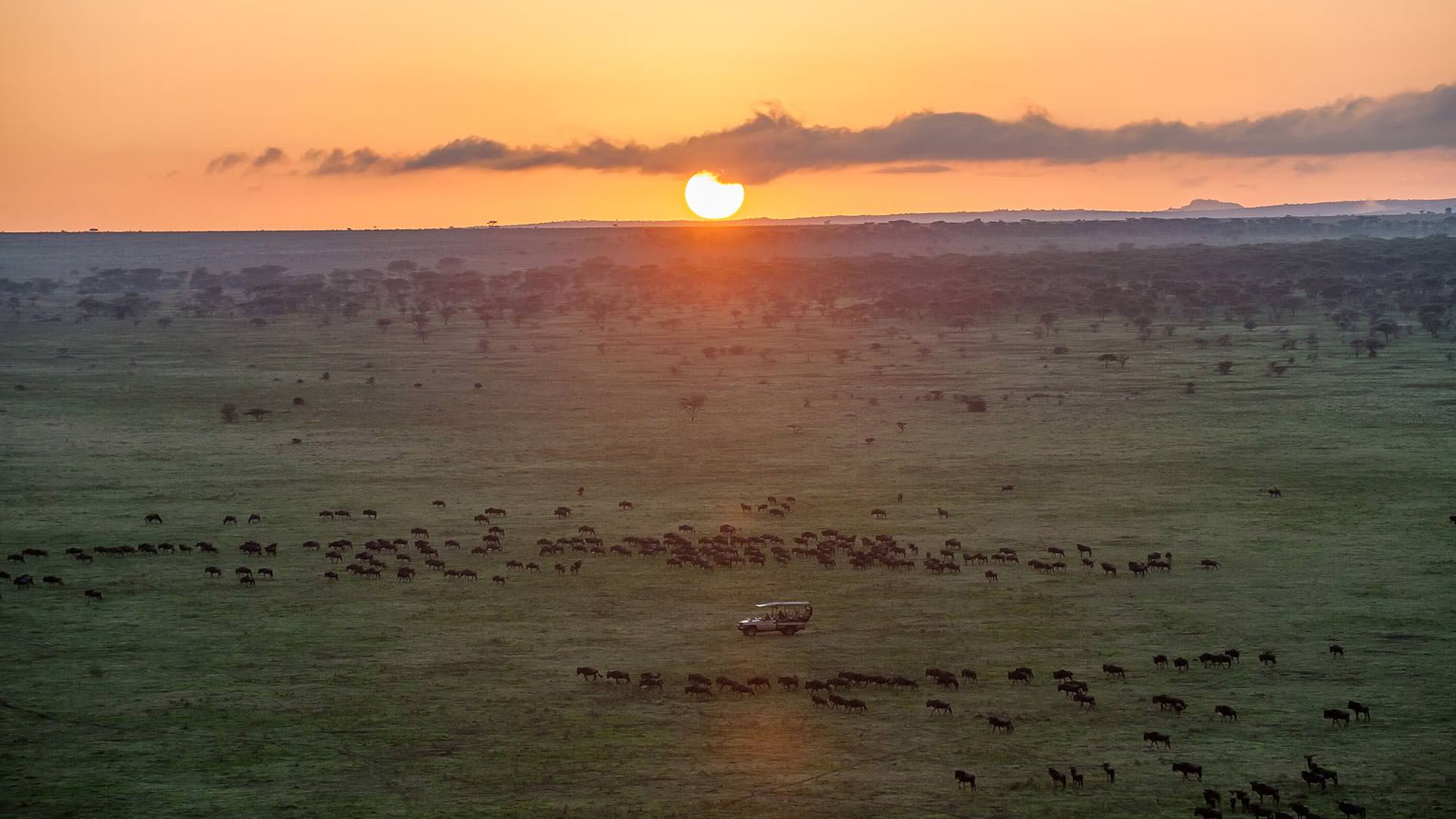 Mwiba Wildlife Reserve and Maswa Game Reserve are managed by the same safari company which has exclusive access to both areas. Both areas border the Serengeti National Park. Mwiba Lodge, Mila Tented Camp and Subeti Tented Camp are located in Mwiba Reserve.

Free flight between camps and lodges

NEW and immediately available for guests staying at MWIBA [...]